SEATTLE—Families impacted by gun violence, Mayor Bruce Harrell, and the Seattle King County NAACP held a somber but important remembrance Saturday, honoring all the lives lost in our area to senseless shootings.

United in heartbreak and hope, families held the memory of their loved ones who lost their lives to gun violence, making sure, “They Will Never Be Forgotten.”

At Martin Luther King Jr. Park, there were markers bearing the names of sons, daughters, brothers, sisters, mothers, and fathers who are gone.

Keonna Jackson’s 24-year-old son D’Andre Dickerson was gunned down in 2015.

Seattle Mayor Bruce Harrell joined the families and the Seattle King County NAACP with a statement. 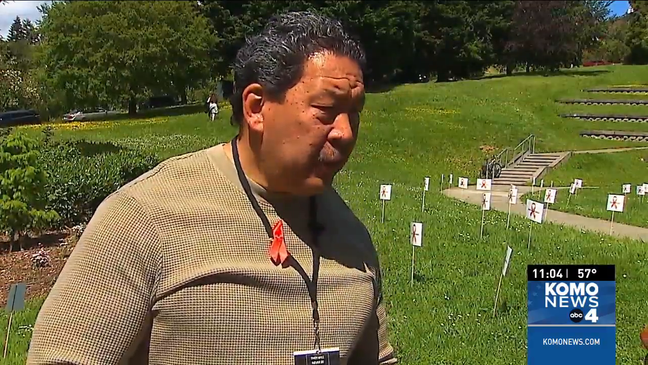 He says he’s working on a potential measure to crack down on illegal guns and look at community-based solutions like investing in violence interrupters who are embedded in the community.

Whether it’s a mass shooting or a street shooting, they are calling for sensible gun laws.

“The pain that you feel is sort of the fuel for hope, and energy and passion and power to take action,” said Mayor Harrell. “We have people who are ready for gun policy to be changed, they’re willing to put the time and the energy and effort into it. The mothers who shared their stories today are just so impactful they’re truly inspiring.”

With their own pain, they took a special moment to remember the ‘Buffalo 10’ who were shot and killed in a Buffalo, New York grocery store last month. 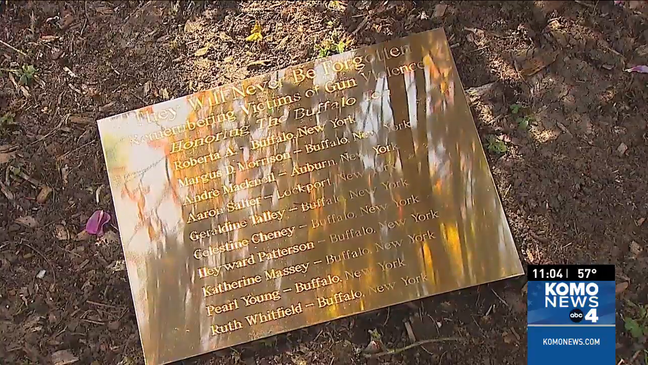 The Buffalo 10 plaque now joins a special plaque and nine trees placed to honor the ‘Charleston 9’ who were shot and killed at a South Carolina church in 2015.

The call for something to change.